December 20, 2019 Comments Off on What Ben Franklin Taught Me about Influencing Adversaries in the Workplace Featured Susan Spreitzer 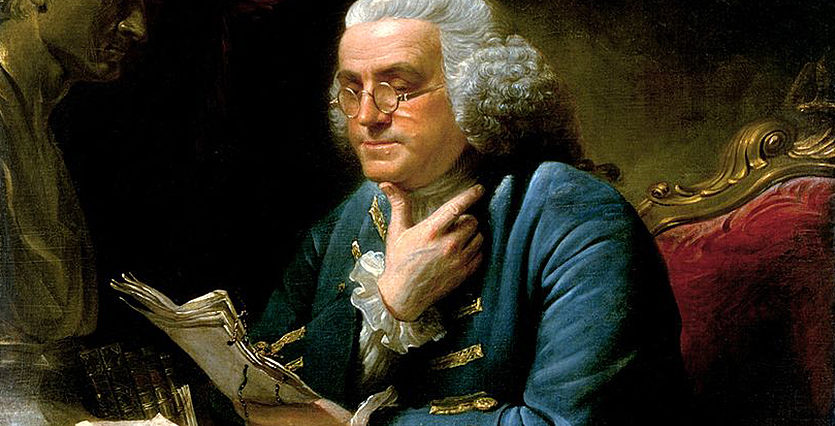 About 14 years ago I found myself in the uncomfortable and frustrating situation of butting heads with a fellow Executive Assistant who made things as simple as setting up meetings between our Executives a constant uphill battle. It was essentially her way or the highway, which created a working environment that I found increasingly more difficult to navigate.

I had just read Ben Franklin’s autobiography where I learned about a psychological phenomenon called the Ben Franklin Effect whereby the act of doing a favor for someone, especially a person that you dislike or feel neutral about, makes you like them more. The name comes from a story in Franklin’s autobiography, in which he asked a rival legislator if he would be willing to loan him a book from his library. Flattered, the man lent it to Franklin. One week later, Franklin returned the borrowed book with a thank you note. After that, the two men’s relationship transformed from adversarial to amicable, with Franklin’s rival even offering to help him in other matters.

Inspired by the outcome Franklin achieved with this strategy, I decided to test it on this EA to see if it too could improve my working relationship with her. The next time we needed to set up a meeting I approached her in a completely different way. Instead of asking for her Executive’s time, I asked her if she could do me a favor and provide me with her input and ideas on the best approach for solving a problem that would involve collaboration by our mutual Executives which quickly resulted in an emotional investment from her I didn’t see before then.

That request for a favor was like magic. She became engaged in the conversation, began sharing ideas that completely aligned with my needs and voila — problem solved! Soon, we were easily collaborating on events, calendars and more. That one simple ask turned a strained relationship into a collaborative one, and even though we no longer work together, we stay in touch and still ask for each other’s advice at times.

Workplace friction with people is inevitable. Competing priorities, budgets, time and agendas will at times make us all feel like we have workplace foes, but interoffice interactions don’t have to remain so fraught. The Franklin Effect largely works due to the concept of cognitive dissonance — essentially, when someone does a favor for a person they don’t like, they need to be able to justify it to themselves, which results in the burgeoning of positive feelings towards that person. And like Franklin, it’s important to take a thoughtful, strategic approach to turning foes into friends so you achieve the best possible outcome.

Here are a few tips for incorporating the Ben Franklin Effect into your next tenuous workplace relationship that should prove helpful:

First, be the one to ask for the favor. If the person says “no,” think of another approach (a few are detailed below). And one very important thing to remember — if the person does the favor, make sure you are no longer approaching them as though they are your enemy. That simple adjustment in perception can make a world of difference.

Try to understand what shapes a person’s behavior. Learn about their family, education, any major events that have affected their lives. Have they experienced adversity? Learn more about their culture and values. Consider their career background, as this will also impact behaviors — and potentially benefit both them and you.

Pay attention to their interests. When I learned a difficult co-worker made jewelry on the side, I asked if she would show me some. I bought a piece and wore it often. That small act of interest and generosity opened a door that before had been closed tight. It gave us the opportunity to develop a great relationship, which led to us becoming a great team.

Lastly, Don’t only use this approach with people who have negative or neutral feelings toward you. The Franklin Effect can provide an equally important boost to already positive relationships as well, deepening connections, collaboration and the sharing of ideas.

Next
About The Author